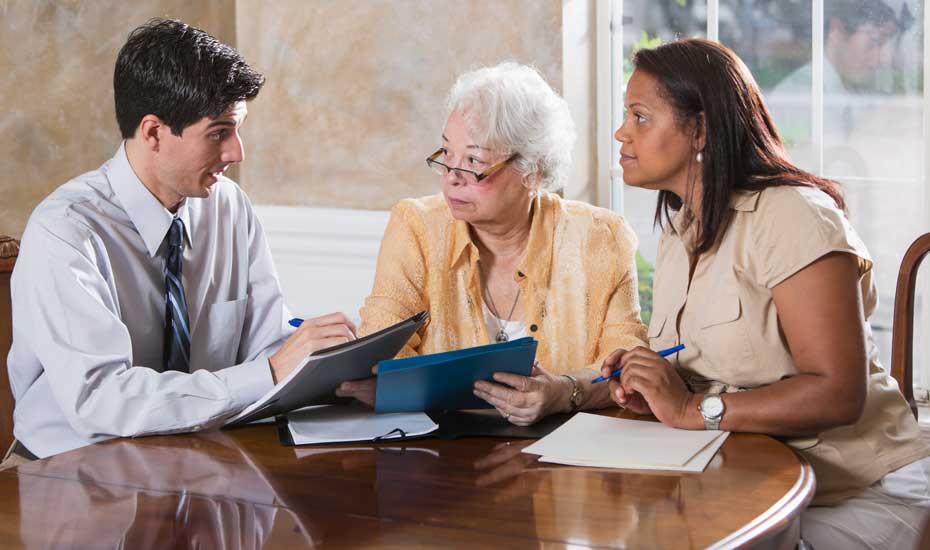 Advanced Social Security Claiming Strategies & How They Are Changing

If you have thought about tapping into your social security benefits using one of the enhanced retirement strategies that can benefit you and your family, there may still be time to take advantage of these strategies before the new rules take effect. Athena Wealth Strategies is committed to bringing you the most up to date information on what the reform could mean for you.

If you are getting close to retirement age you may have heard of social security claiming strategies such as “file and suspend” or a “restricted application.” You may have also seen in the news that the November 2015 bipartisan budget deal made some changes to the social security system. While none of these changes will affect benefits that have already been claimed, those who are not yet retired may see a change in how they are able to receive benefits due to recent changes made by Congress.

The agreement leaves unchanged the benefit you are able to collect off of your own work record as well as the age at which you can collect it. Though there are also rule changes that will impact single individuals, the greatest effect of the rule is on the coordinated strategies which allow married couples to optimize both current and future benefits. This is because those who are currently married (and many divorced spouses) qualify for two different benefits: their own, or a spousal benefit which is 50% of their spouse’s full retirement age benefit. To understand what is changing, it is best to start with an overview of how married couples can strategize under the current rules.

For both simple and advanced claiming strategies, it is important to understand the significance of “Full Retirement Age” (FRA) and the “Primary Insurance Amount” (PIA). While anyone can begin collecting social security as early as 62, there are many benefits to waiting until FRA (which is 66 for those born 1943-1954). The monthly amount that can be claimed at that time is referred to as the PIA. As a bonus for waiting to collect benefits, this amount increases 8% per year for each year from FRA to age 70. After age 70, there are no further increases aside from the cost of living adjustment given to all recipients (almost) every year.

Generally when filing for benefits, Social Security Administration employees are not trained in advanced social security strategies so you must do your own research to determine and optimize the benefits you are entitled to. For a spouse who stayed home many years or worked in a low-paying field, this may be 50% of his or her spouse’s benefit; however, you are only able to collect off your spouse’s record if your spouse has already filed for benefits.

This is where file and suspend comes in. Let’s look at a couple, both of whom have just reached age 66. Mary is a registered nurse and has a PIA of $2,400/month available at her FRA of 66. John is a journalist whose PIA at 66 would be $800/month. Mary would like to defer her benefit to age 70 when she would receive $3,168/year – a 32% increase. John would like to begin collecting and files for benefits. Since Mary has not filed, he cannot collect off of her record and will receive $800/month rather than the $1,200/month spousal benefit.

The current rules allow Mary to file for social security but immediately suspend receiving those benefits. This rule was initially geared towards early retirees who later rejoined the workforce, but filing to open her record allows John to collect a spousal benefit while immediately suspending her benefit allows Mary to continue to earn deferral credits until age 70 when she can collect the maximum possible benefit off of her own record.

This can be of particular benefit for a couple who are close in age and both have high earnings records. Let’s look at another couple, Beth and Thomas, both of whom have a PIA of $2,400/month. Beth is 66 and has just retired, leaving the couple with a need for additional income. Thomas is 68 and has been retired and collecting social security since age 66. Beth’s mother is still alive and living independently at age 91, and she has become concerned about receiving the maximum benefit possible in old age.

Since Beth has reached her FRA of 66, she can file a “restricted application” and collect $1,200/month off of Thomas’s record while her benefit grows. Unlike the primary worker’s benefit, the spousal benefit does not continue to grow after age 66 so $1,200 is the maximum monthly spousal benefit for Beth. At age 70, Beth can then switch over to her own benefit of $3,168/month.

These two strategies can also be used in conjunction with each other. For example, if Thomas was not collecting and had not yet filed for benefits, he could file and suspend, allowing Beth to file the restricted application. This would allow both of their benefits would grow until age 70 while providing some income in the meantime.

The November 2015 budget deal phases out the ability to use both the “file and suspend” and “restricted application” strategies in most circumstances. While those who begin collecting early and later go back to work can still suspend their benefits, the new rules stipulate that nobody will receive benefits (spousal, family/dependent, or otherwise) off of a suspended worker’s record.This change does not take effect immediately and does not affect anyone whose benefit has already been suspended.

The “file and suspend” strategy is still available if you are age 66 or will be by April 30, 2016. However you must file and suspend your benefits prior to the effective date of the change which is set for May 1, 2016. This means that anyone who is now or will soon be age 66 can still file and suspend, allowing a family member to begin collecting off of their record now OR at a later date.

Those who are at or near FRA but have not yet filed should evaluate carefully but quickly whether they ought to take action during this window as it is based on the date of suspension rather than the date of collection. Let’s imagine Robert is age 66 and his wife Susan is age 64. They both are eligible on their own work history and have parents who lived into their nineties. Robert does not intend to collect until age 70, but had been planning to file and suspend when Susan reaches FRA, allowing them to both max out their benefits while receiving some income prior to his 70th birthday. If and only if Robert files and suspends by April 30, 2016, Susan will be able to file a restricted application to collect off of his benefit two years from now. If he fails to file and suspend by the deadline, they will lose this option.

The restricted application is also being phased out, though more slowly. Those who will reach age 62 by January 1, 2016 will have the ability, at FRA, to file a restricted application without giving up deferral credits on their own records. This change is based on attained age as of January 1, 2016, not at the age of filing; however, a claimant who is grandfathered into this strategy must still be careful to specify that they intend to file a restricted application. For anyone who will not be 62 by 1/1/2016, filing at any time – before or after FRA – will open up their own record and forfeit future deferral credits.


Benefits for Divorced and Widowed Spouses

The wording of the new law currently specifies that no one will be able collect off of a benefit that is suspended on or after May 1, 2016. The current rules allow for a divorced spouse to collect 50% of his or her ex-spouse’s benefits regardless of whether or not the ex has filed for benefits. The change to collection of suspended benefits in the budget deal is now the only rule in which divorced spouse benefits are linked to the ex-spouse’s filing status. There has been speculation that vindictive ex-spouses who do not intend to collect until 70 can file and suspend their benefits not for their own financial purposes but solely to cut off benefits to a former spouse. This is far from the intention of the rule change and many have speculated that if the Social Security Administration is not able to interpret the law to except divorced spouse benefits from the change, Congress will act to amend it.

The change to restricted applications, however, are expected to apply to both spousal and divorced spouse benefits meaning that anyone who has not reached 62 by January 1, 2016 will not be able to collect an ex-spouse’s benefit while deferring his or her own.

The changes do not affect the rules for collecting benefits off of a deceased spouse’s record which can be done, albeit at a reduced rate, as early as age 60.

Even retirees who feel that they have saved sufficiently for their retirement should plan carefully when claiming social security. For married couples where at least one spouse is over 62, there remain many options to optimize benefits both now and later. Even for those with fewer options remaining, it is important to weigh the consequences of collecting now vs. collecting a higher benefit later.

Social security is one of the few sources of guaranteed lifetime income with an indexed cost of living adjustment that many people have available. Particularly for women, who on average live longer, optimizing this benefit can be crucial later in life. A married couple collecting now may have plenty of social security income; however, at the death of the first spouse only the higher of the two benefits will remain. Failing to optimize the higher of the two benefits early in retirement can leave a widow (or widower) with a major income deficit later in life. It is crucial that married couples coordinate their collection strategy together and that all retirees and near-retirees look at social security within the context of a long term financial plan.

This has only been an overview of some of the most common strategies available and how they are changing. As you can see, the rules are complicated, and doubly so for those who are affected by these changes. Each individual’s age and situation determines not only the options that are available, but which ones will best fit with his or her short and long term goals. Meeting with a financial planner can give you the context and the information you need to make a decision that fits in with your financial needs both now and later.

<  Back to recent articles

We are licensed in the following states. If you are a legal resident of one of these states, please proceed. We are sorry if we are unable to offer you our services at this time.